#cave diving #jacobs well divers #grunge #underwater caves #Entertainment
Thumbnail Image by Larry D. Moore, CC BY-SA 4.0, Wikimedia Commons → https://commons.wikimedia.org/wiki/File:Jacob%27s_Well_August_2015.jpg
Located in Hays County, Texas, about an hour outside of Austin, is a submerged sinkhole fed by a natural spring known as Jacob's Well. The well draws both those looking for some cool water to splash around in, and adrenaline junkies willing to risk it all for the thrill of exploration. If you dive deep into the sinkhole, you'll find an underwater cave system whose siren song has led multiple divers to their deaths.
According to Heather Alexander of the Houston Chronicle, at least a dozen divers have died attempting to explore the cave system, which can be accessed about 100 feet down the sink hole. Alexander spoke to Don Dibble, a diver local to Hays County, who has assisted in searches for missing explorers in the cave system. Explaining why so many people have risked their lives at Jacob's Well, Dibble said,
"It was the forbidden fruit, the allure of doing something dangerous."
Or as Patrick Swayze's Bodhi put it in Point Break,
"If you want the ultimate, you gotta be willing to pay the ultimate price."
Unlike Bodhi, though, there's nothing sexy about the tragedies at Jacob's Well.
On September 9th, 1979 a group of friends from California arrived at Jacob's Well for a diving excursion. It was almost midnight, but as the group set up their tents two of them, 20 year old Kent Maupin and 21 year old Mark Brashier, decided they wanted to squeeze in a quick dive before bed. Despite the late hour, there were other divers at the site who saw the two men descend to the depths of the well and maneuver themselves through the tight opening to the cave's deepest chamber, which required them to take off their oxygen tanks and pull them in separately. It was reported that one of the divers who witnessed the two disappear into the chamber noted that the men didn't have backup lights or a safety line. He said he attempted to get their attention by flashing his own light at them, but that they didn't acknowledge his warning.
Neither man resurfaced. Rescue divers, including Don Dibble, spent weeks attempting to recover their bodies, but were unable to traverse the treacherous passage that had kept the men trapped at the bottom of Jacob's Well.
After his efforts to recover Maupin and Brashier's bodies Dibble installed a grate over the entrance to the cave system in an attempt to keep more people from risking their lives. However, when he made a subsequent dive to check on the barrier several months later the grate had been removed and a note left that read, quote, "You can't keep us out."
Maupin and Brashier are just two of the many who have lost their lives in Jacob's Well. Maupin, at least, was an experienced diver who had been at it since he was 12 and was already a certified dive instructor. What about the well is so hazardous that it claims the lives of even experienced divers?
In a 2001 article on Visit Wimberley, author Louie Bond laid out the various difficulties of navigating the cave system. In addition to extremely narrow passageways between the various chambers, Bond also refers to a, quote, "false chimney," of which he says,
"[it] appears to be a way out of the well but has trapped at least one diver."
In deeper caverns, tight spaces combined with gravel and silt flooring can make visibility a major issue, particularly if the divers aren't careful not to stir up the loose material.
A more serious grate has been installed to keep non-authorized divers from the temptation of exploring the dangerous depths of the well, but it didn't prevent 21 year old diver Diego Adame from near catastrophe in 2015. Adame was doing a free dive and had descended to around 100 feet when one of his flippers came off, greatly reducing his mobility. With his adrenaline surging and his lungs screaming for oxygen Adame made the decision to leave the lost piece of equipment and try to surface with just one flipper.
Thankfully for Adame, his dive training kicked in and he managed to remain calm and focused. He surfaced just as his body began to run out of oxygen and avoided becoming another casualty of Jacob's Well.
#JacobsWell #CaveDiving
Read Full Article: https://www.grunge.com/191692/the-dangerous-truth-of-jacobs-well/ 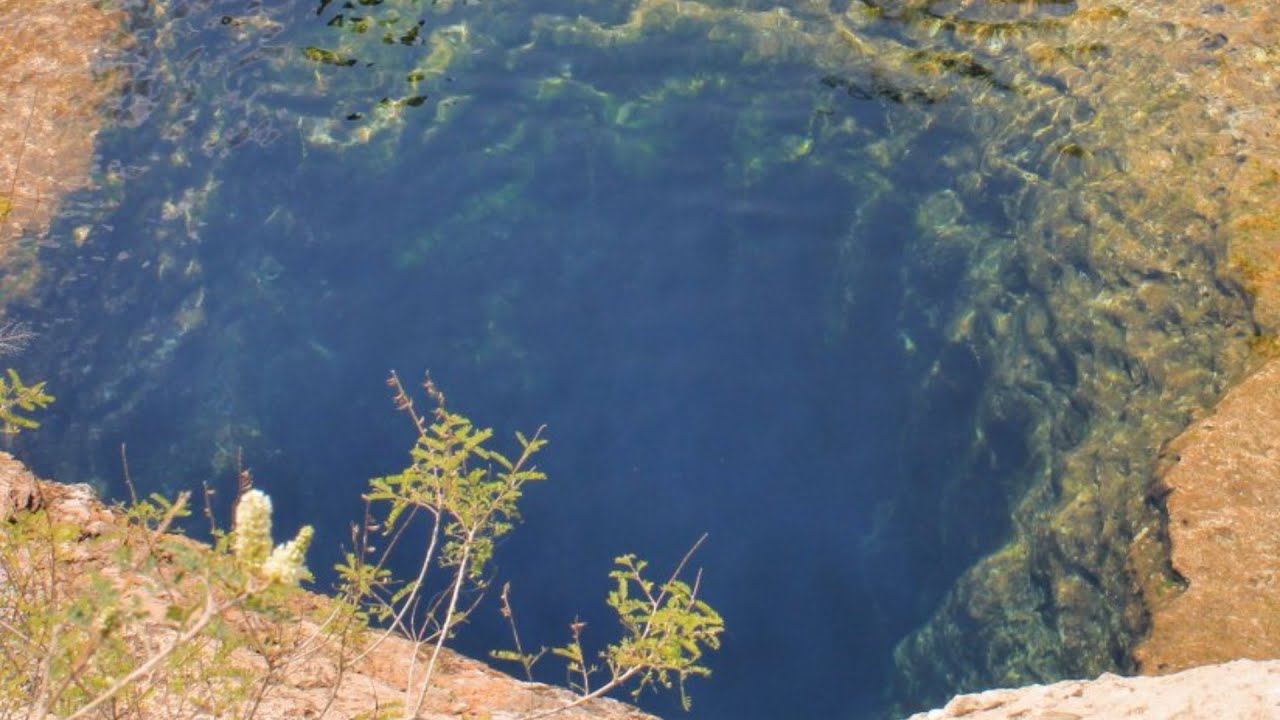